We are a team of academics who are passionate about Media and Culture in all its forms. Our research and teaching interests range from Gender Issues to War Reporting, Virtual Reality and Environmental issues. Dr Barbara Mitra is the Course Leader for Media & Culture, as well as being joint Head of Department (English, Media and Culture). She has varied teaching and research interests and has published on issues relating to television, gender, advertising and children, and has become interested in social media, body image and eating disorders.

Barbara’s teaching includes specialist modules on gender and commercial issues of social media. She has spoken on local radio and schools on issues related to gender and body image, Facebook and television advertising and children. She has also made a number of films on various academic topics. 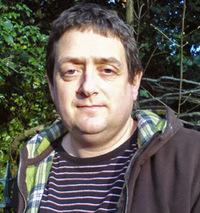 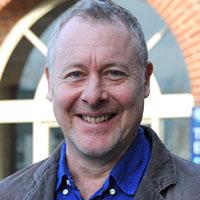 Simon has lectured at Worcester in Sociology and Media & Cultural Studies since 1995, with specialisms in the history of sexuality, the sociology of pornography and contemporary media coverage of warfare.

Dr Hardy’s current research project addresses social and historical aspects of the development of pornography in modern society. This is an extension of his previous research and writing, which began with his PhD research on men’s use of pornography, at the University of Essex (where he received his doctorate in 1995). His book The Reader, The Author, His Woman and Her Lover was published by Cassell in 1998. Since then he has published a series of articles and essays on various aspects of pornography and erotic culture in the journal Sexualities (of which he is a member of the editorial board), and in a range of other journals and edited collections. 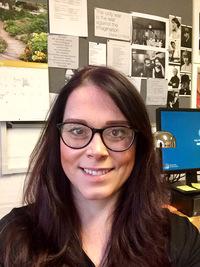 Before becoming a University lecturer, Katy worked in the field of advertising and marketing, specialising in social media marketing. Katy applies this practical and professional expertise within the classroom and utilises her list of expert contacts to help students develop their own professional networks. She has links across creative and digital industries and has organised employability showcases and expert guest speakers for students. Katy facilitates the Work Project modules and second year, Social Media module, which involves a practical project. Katy is particularly interested in digital new media technologies.

As Admissions Tutor, Katy is responsible for organising course taster sessions and outreach events, as well as responding to applications and course enquiries.

Katy is also a keen poet and regularly organises poetry and spoken word events for students and the public. She is a recognised poet herself, being shortlisted for a Saboteur Award 2018. Her most recent collection is published by Hesterglock and is entitled, Cutting the Green Ribbon. Katy is also competing PhD research in literary gaming, play and post-queer politics, which has both critical and creative elements.